Owen Thompson, an alumnus of Wolfson College and Xavier Parkhouse-Parker, an alumnus of Homerton College, discuss how they met whilst studying at Cambridge Judge Business School. Now they are working together to grow two exciting ventures.

How did you meet and what were you working on at the time?

Xavier: We first met during our Mst in Entrepreneurship course in 2018. At the time, I had recently co-founded a marketing technology business called ZapHub, having previously started several technology ventures and revolving around the gaps and challenges in how the marketing world operates.

Owen: Before moving to Cambridge and starting on my Masters degree, I spent 14 years as a Eurofighter Typhoon pilot in the Royal Air Force. But I have always harbored a passion for entrepreneurship and I saw the course as a way to expand my network in Cambridge and immerse myself in the business world, through what I knew would be an unusual career transition. During the first week I stumbled upon the idea of Oxbridge Watches after several coursemates asked if there was a Cambridge equivalent to the RAF Breitling watch I was wearing, with the aircraft type embossed on the face.

What is the story so far?

Owen: Oxbridge Watches became a great fast-paced entrepreneurial challenge since the company raised an unexpected angel investment round very quickly; this actually came from a demonstration pitch given in support of a lecture for the CJBS Executive MBA course! I quickly obtained branding licences from both the University of Cambridge and the University of Oxford, as well as a manufacturing contract with a large luxury watch manufacturer; this represented a significant workload for me on my own, but thankfully working with the CJBS administered Santander universities programme I was able to hire two interns to support this activity and begin marketing efforts.

Since then we have also brokered and underwritten a significant time-piece sponsorship deal between Bremont Watches and England Rugby (the RFU) in return for a commission on watch all sales. Oxbridge Watches was growing rapidly into an exciting venture and needed help, especially in growth and marketing, which is when Xavier joined.

Xavier: I joined Owen at the beginning of 2020, seeing a great business with lots of opportunities for expansion as well as complementary skill sets.  We had many ideas for additional growth, some of which were scuppered by Covid; however, through a few small pivots, the company has evolved into Double Good Licencing, an ESG focused brand licencing company, which uses our licensing, sponsorship, and product experience to partner with ‘good’ brands (while still maintaining Oxbridge Watches as a sub-brand and venture).

Owen: While bringing in additional employees to run and manage the day-to-day activities of Doublegood, we began observing other opportunities in the Cambridge ecosystem. We both have a passion for technology, and while supervising on Enterprise Tech and mentoring on Venture Creation Weekends as well as the Postdoc Academy we began to work on some ideas to support technical founders, culminating in the creation of Cambridge Future Tech, a Deep Tech Venture Builder, along with our third co-founder George Neville-Jones. CFT works to commercialise scientific discoveries and manufacturing innovations in partnership with inventors and innovators, we act as a co-founder to build and grow successful new deep tech startups. 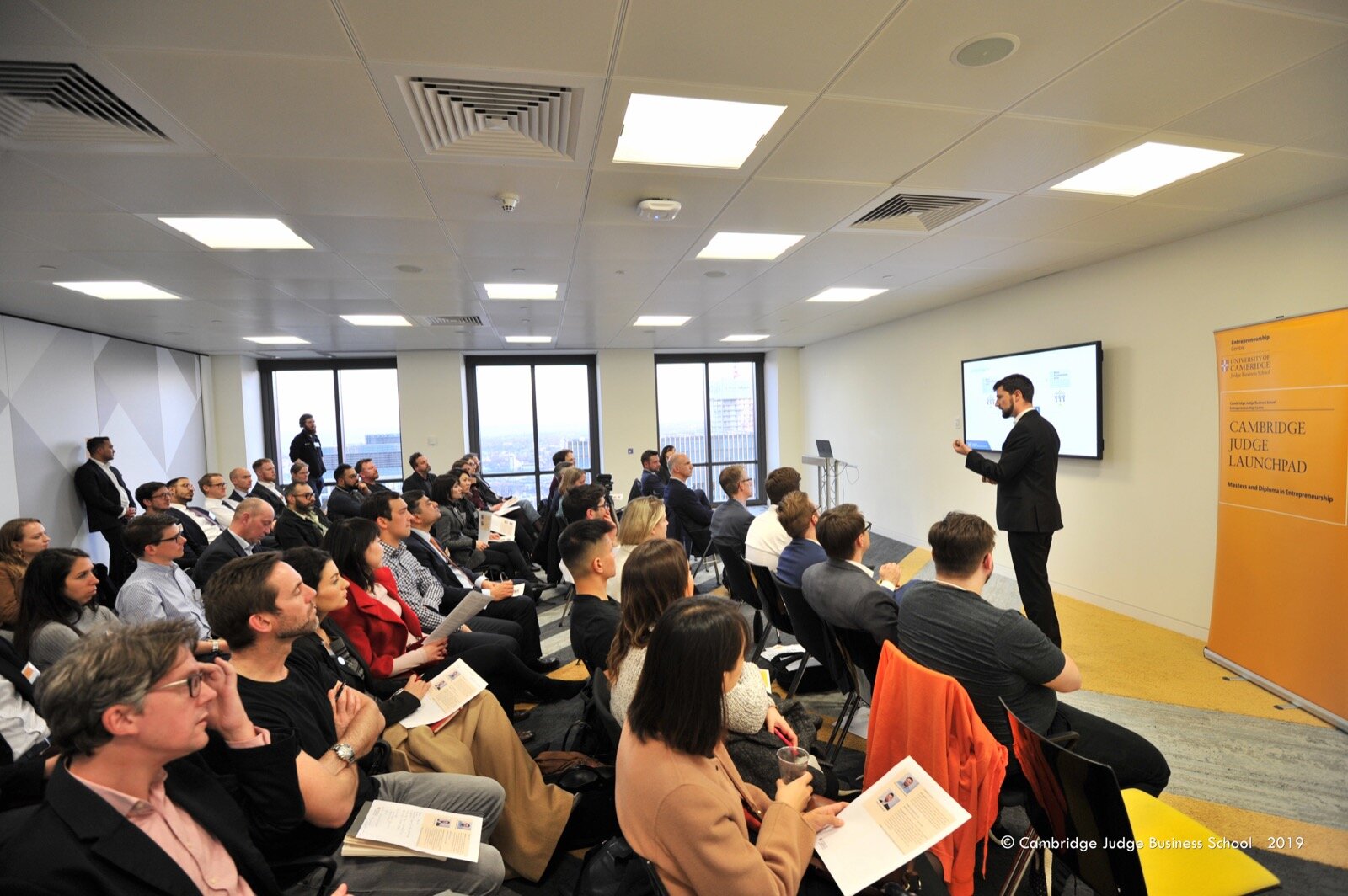 What are the goals for your ventures?

Xavier: The Goal for Cambridge Future Tech is to help facilitate the next generation of Deep Tech innovation. The next decade will see humanity needing to solve some of the greatest problems in our existence, and many of these solutions will be rooted in new, innovative, foundational technologies. Deep Tech startups have significantly different characteristics to a lot of other technologies and require a lot of diverse support from a very early stage. We provide a support structure that aides innovators in building successful technology ventures.

Owen: At DoubleGood, we want to work with fundamentally sustainable brands. Brands that will stand the test of time, by focusing on ESG principles and looking to the future. The licencing industry is exciting, it’s truly fascinating, and it’s growing considerably; however, there is a trend to work with fast fashion manufacturers that create cheap disposable products. Quality and longevity are mission-critical to what we are building at DoubleGood. We are building a dedicated ESG Licencing Agency.

How has Cambridge Judge Business School and the Entrepreneurship Centre helped?

Xavier: At the core of all of these ventures is people. We’ve developed strong key relationships with incredible people both from our course and the wider business school and the university community. In both Cambridge Future Tech and DoubleGood, we are building great teams and the network from CJBS has been essential.

Owen: When I started the Masters course, I had spent 14 years in the military. I had developed a depth of skills in leadership and working in high-performance teams, yet was far removed from the commercial world. The course allowed me to immerse myself in the entrepreneurial ecosystem, providing an environment in which I could network, learn from the experience of others, as well as making my own mistakes in a safe environment! 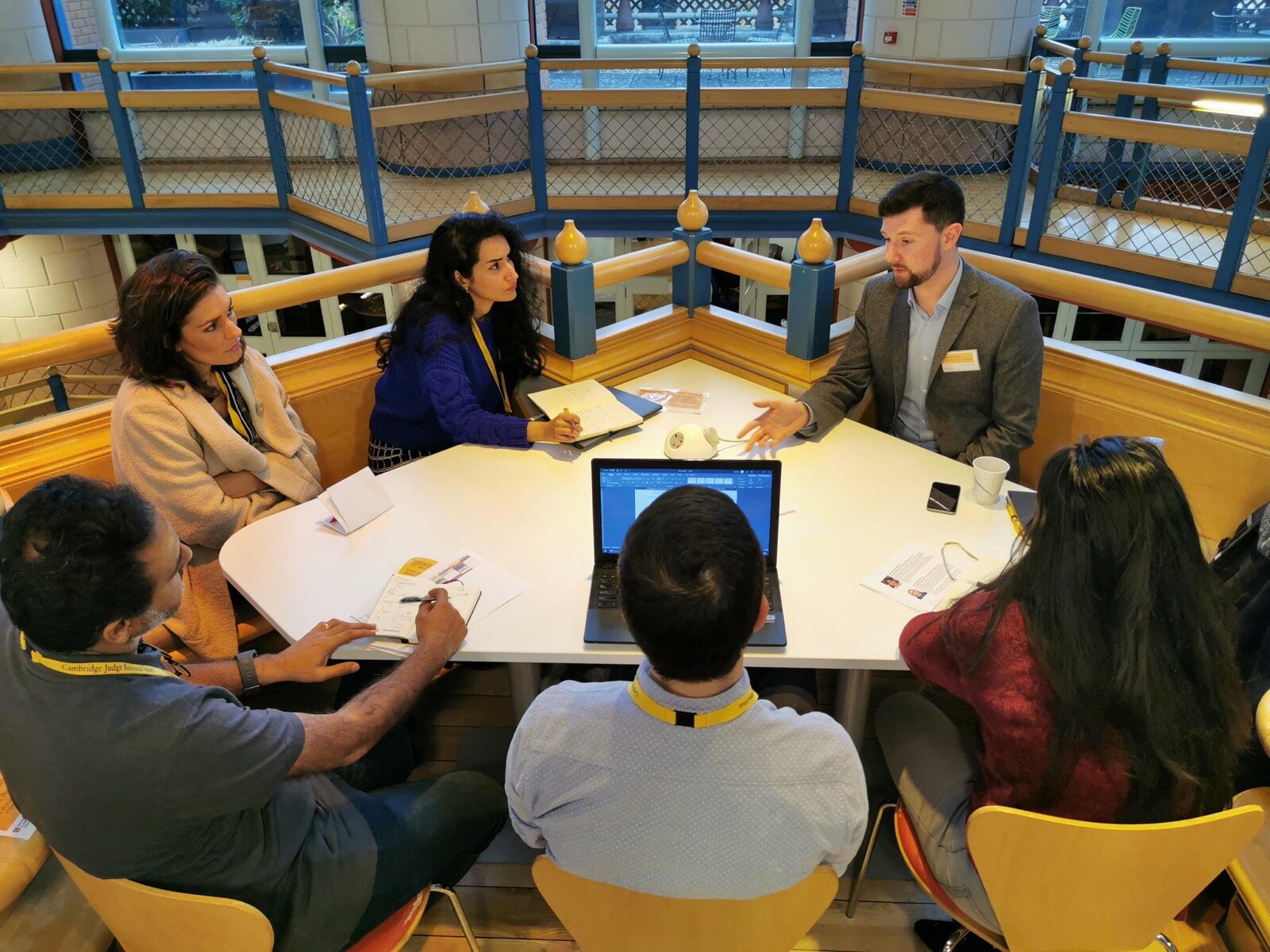 Owen gained over a decade of leadership experience as a Commissioned Officer and Fighter Pilot in the Royal Air Force, gaining experience in global Defence Engagement and Diplomacy, culminating in a high-pressure leadership role as a Squadron Leader on a front-line Eurofighter Typhoon squadron and an MA in International Relations from King’s College London.

Owen subsequently transitioned into business, creating and running two start-up businesses in his first two years out of the military, while acting as a Senior Advisor to BAE Systems. Owen has recent experience of conducting a successful Cambridge-based fundraising round as well as effective B2B licensing and legal contract negotiations on a national scale, start-up team-building, management & leadership, IP protection, and many other facets of early-stage business growth. Qualified as an RAF Electronic Systems Instructor, Owen is familiar with high-tech systems and is well-positioned to advise on specialist technical queries, as well as start-up business growth and leadership across a multitude of sectors. Owen recently completed the Masters in Entrepreneurship from Cambridge, going on to work as a mentor for the CJBS Venture Creation Weekends and an Academic Supervisor for EnterpriseTECH, as well as a mentor for The Office for Postdoctoral Affairs and The Prince’s Trust. Owen currently focuses his time on managing Cambridge Future Tech, and coordinating the growth strategy for Doublegood Licensing.

Also, Owen has submitted inventor projects on EnterpriseTech and he has also mentored on CJBS Entrepreneurship Centre’s Venture Creation Weekend.

Xavier is a serial entrepreneur and founder started his first company at 15 and jumped in full time while pursuing an undergraduate degree at Southampton. Xavier has led several startups with technologies such as AI (at PLATO intelligence) and media, HR and recruitment technology. A former COO and Co-Founder of ZapHub, a fast-growing investor-funded marketing technology startup working to help small businesses grow. Xavier is a CJBS graduate with a Masters in Entrepreneurship focusing on commercialising innovative technology.

Xavier has been featured in The Guardian, USA Today and other publications and shortlisted as one of three finalists in CVC Capital Partners Young Innovators awards for 2017. He was NACUE’s National Entrepreneur of the year for 2016.